Holleman Bulgaria, member to the Worldwide Project Consortium (WWPC) for Bulgaria are involved in the movement of big stators and rotors in Eastern Europe. The first lot consisted of four rotors and four stators, having 705 x 680 x 385 cm; 95 MT and 1136 x 570 x 402 cm with 43 tons weight each.

The place of loading was in 6060 Tiszakécske, Hungary and unloading of the shipments will be in the Port of Constanta, Romania.

After loading the first two stators and two rotors the transport started in the evening and the 120 km route was completed within nine hours. A lot of traffic arrangements were arranged during the transport incl. cutting off electricity, removing street furniture. Several police cars were involved also.
On the next day the pieces were transshipped into a river barge by a 500 tons mobile crane in the Port of Dunavecse. In the next two days the whole process was repeated and on the fourth day after the first loading both river barge units completed loading and started towards Constanta. Currently the convoy is crossing Serbia, expected to arrive in the discharging port beginning of week 48. 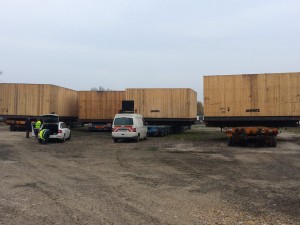 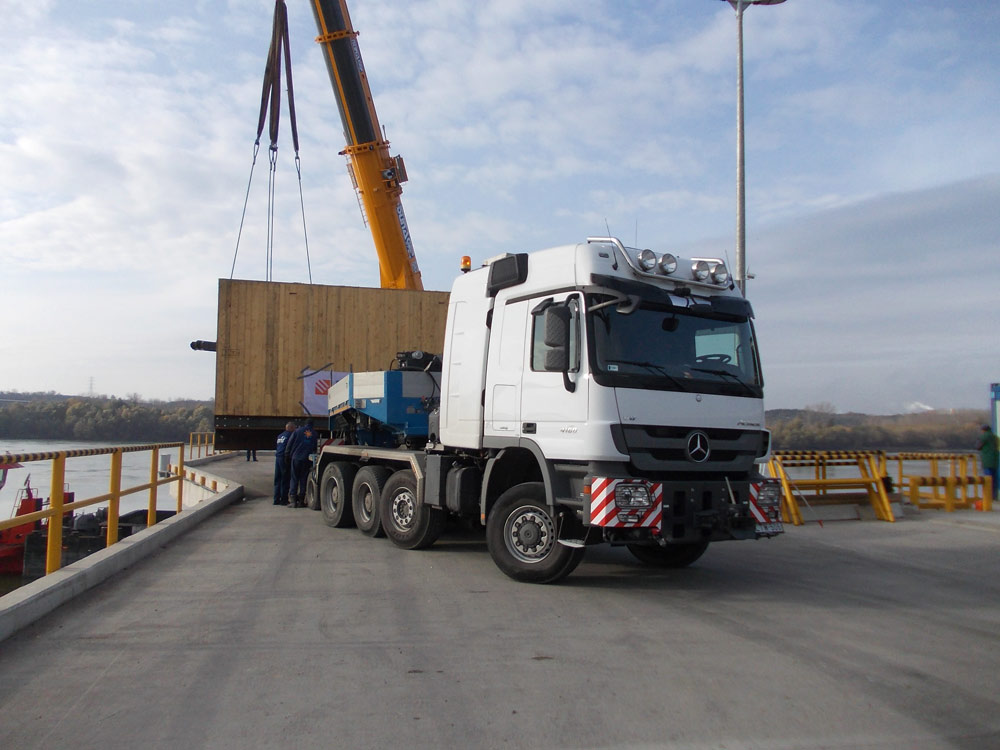