Royal Cargo, member to the Worldwide Project Consortium (WWPC) for the Philippines, successfully removed the Xiamen Air Boeing 737-800 that skidded off the runway at the Ninoy Aquino International Airport (NAIA) a few minutes before midnight on August 16, 2018.

The plane which weighs 48 tons and has a length of 40 meters has been removed from the soggy grassy area of airport runway 624 where it had been stuck, using Royal Cargo’s 500-tonner LIEBHERR LTM-1500 crane.

“The aircraft is too huge and so as the amount of pressure, but we were able to finish the lift and transport of the plane given just a short period of time and despite some challenges,” said Mr. Albert Nanez, Operations Manager.

The urgent operation was completed with the highest attention to all safety aspects. Despite the heavy rain during the lifting making the ground too soft to extricate the affected aircraft, the team was able to lift and transfer the aircraft to the Scheuerle / Kamag 12 lines multi-axle that was used to transport the plane to Balagbag ramp near Terminal 3 where the aircraft was unloaded. 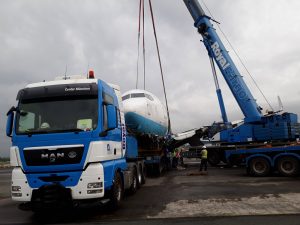 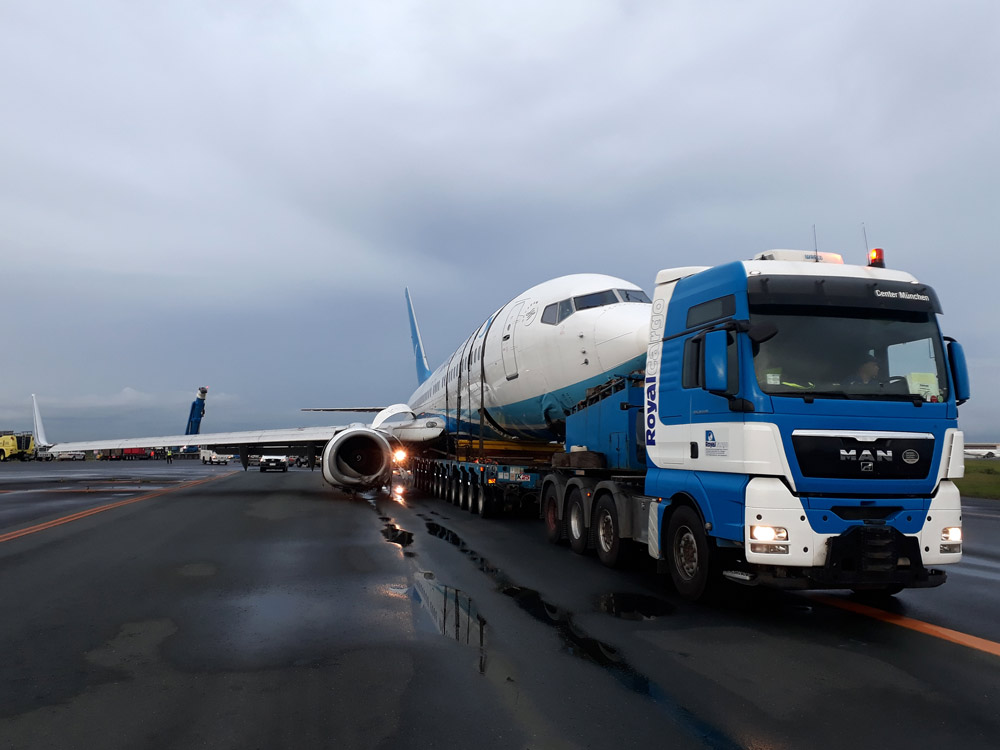