Mega Move from Japan to Kazakhstan

The downstream sector involving the refining and processing of hydrocarbons and modernizing of existing refining capacity is a major priority for Kazakhstan. Globalink, member to the Worldwide Project Consortium (WWPC) for Kazakhstan, has been involved in the project logistics service for the modernization of Atyrau Oil Refinery Project for several years and mobilized thousands of tons of project cargoes originating from various parts of the world to Atyrau job site.

Globalink was recently engaged to mobilize 25 meters long – super heavy “High Pressure Columns” and various out-of-gauge equipment from Japan to Atyrau, Kazakhstan. Having decades of experience, Globalink project logistics specialists arranged the delivery of equipment from Japan to Atyrau via Black Sea - Astrakhan route. Reloading and securing of the 25 meters long columns from a vessel on to special heavy lift trailers was a challenging task but Globalink’s project specialist at Astrakhan port were there to make it happen.

Despite unfavorable weather conditions and physical obstacles, the equipment was delivered on time, ready for immediate installation on the foundation. Globalink is truly proud of being part of mega- infrastructure development projects in the Caspian region. 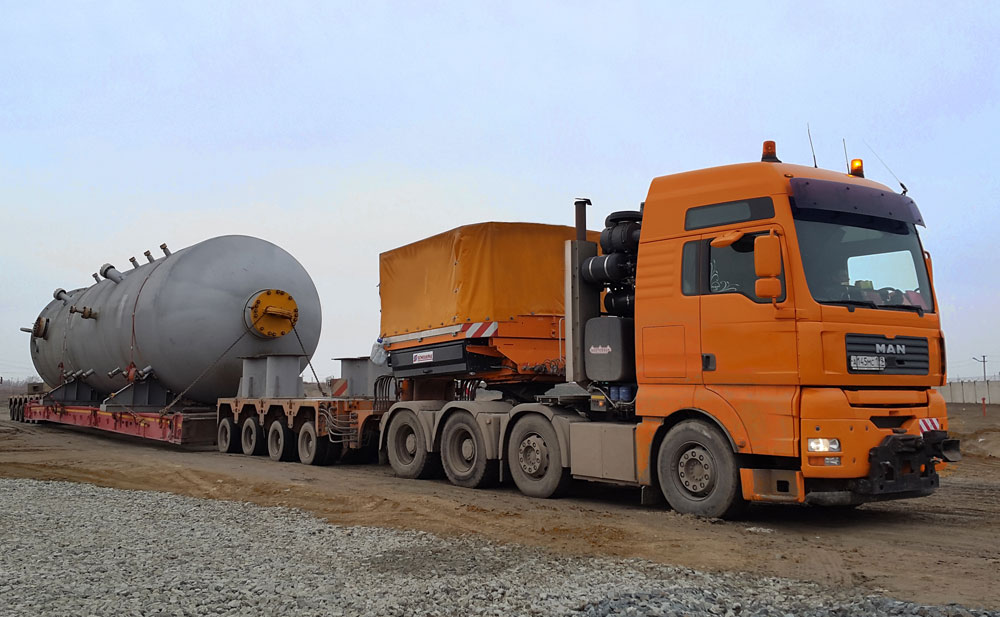