Each transformer weighing 233 tons in addition to bulk cargo of accessories total weight 1898.690 tons and a total volume of 4331.34 Frt Ton. The shipment arrived onboard the M/V ‘Hyundai Antwerp’ at Umm Qasser Port, Iraq.

The final destination is the new Shat Basra Gas power plant, 175 km north of the Port of Umm-Qasser, Iraq. Five low loaders and 75 trailers had been used during poor weather conditions with heavy rain.

After three months of work the project ended 12.12.2013 when all cargo arrived safely at the power plant without a scratch.The transformers got offloaded with hydraulic jacks at jobsite onto steel stands. 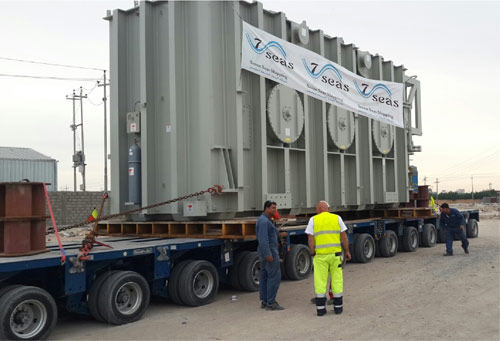